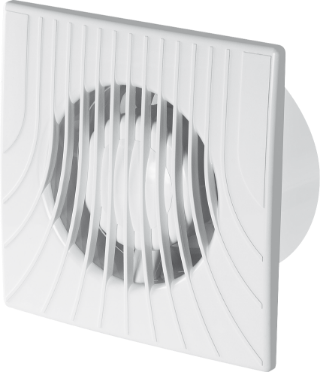 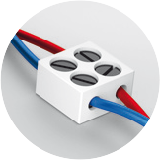 The fan is switched on and off by means of a switch (not included in the device) being a part of the building’s electrical system. 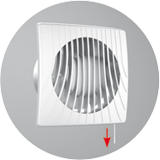 The fan is on and off by means of a cord switch by a single pull. 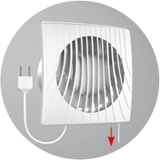 The fan is equipped with a cable with plug for a traditional E-type electrical socket (230V AC 50Hz). It does not have to be installed into the network. It is activated and deactivated by means of a cord switch by a single pull. 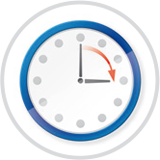 The fan is switched on and off by means of a switch (not included in the device) being a part of the electrical installation of the building, but it will turn off after the time set by a potentiometer on the PCB has elapsed. The minimum delay is 3 minutes, the maximum - 30 minutes. Time delay adjustment is smooth. 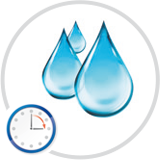 The humidity sensor detects moisture in the range of 40% to 90% relative humidity. The fan – depending on the connection solution to the network – can be launched automatically or manually. AUTOMATIC START: the device switches on when the air humidity level exceeds the value set on the H-potentiometer and it switches off after passage of time (defi ned on the T-potentiometer) counted from the moment of humidity level decerease.
MANUAL START: the fan is activated by the switch being part of the building’s electrical system (not included in the device) or a separate switch intended for fan. After turning off the switch, the device (as in the fi rst case) switches off after the time specifi ed on the T-potentiometer, if the moisture level in the room is below the level set on the H-potentiometer. The moisture detection system is the master system.

Fans marked with this icon are equipped with two-speed motors. They are turned on and off with a switch that is an element of the building’s electrical system (not included in the device), except for the WA100DWP fan, which is equipped with a power cord with plug for a traditional electrical socket (type E 230V AC 50Hz). The fan is started after switching the ON/OFF switch on the power cable. Depending on the model, the motor speed is changed by pulling the cord switch (WA models) or pressing the second button on the wall switch, recommended for connecting the VTR series in-line fans. Then the first button is used to turn the fan on and off. 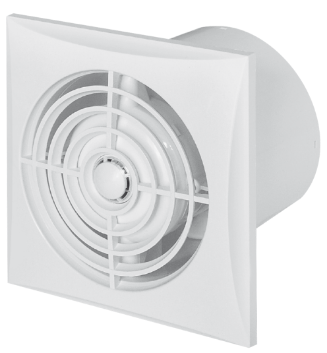 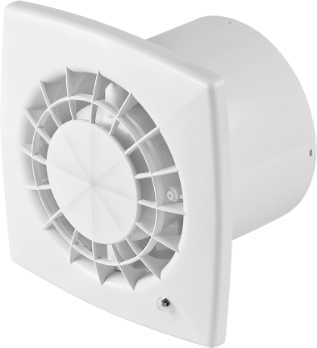 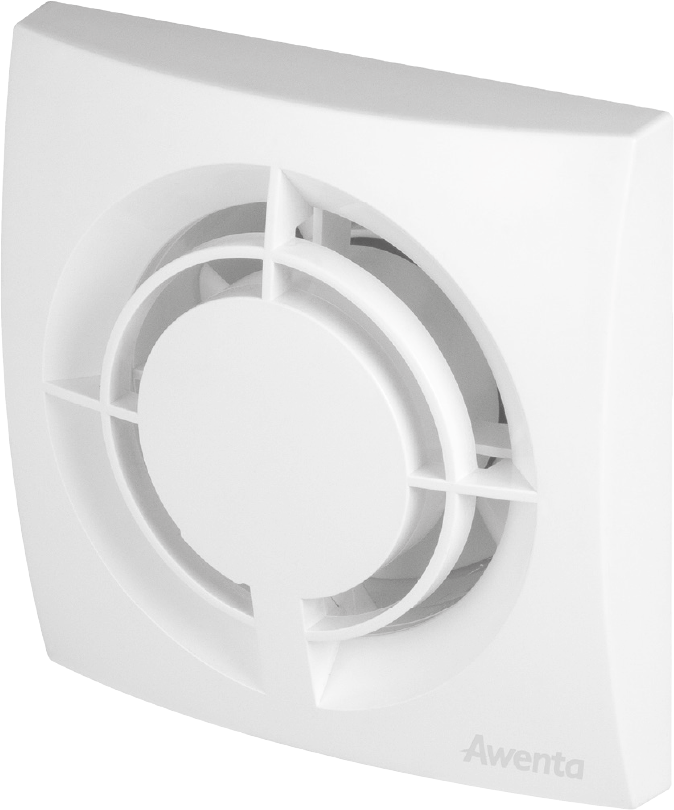 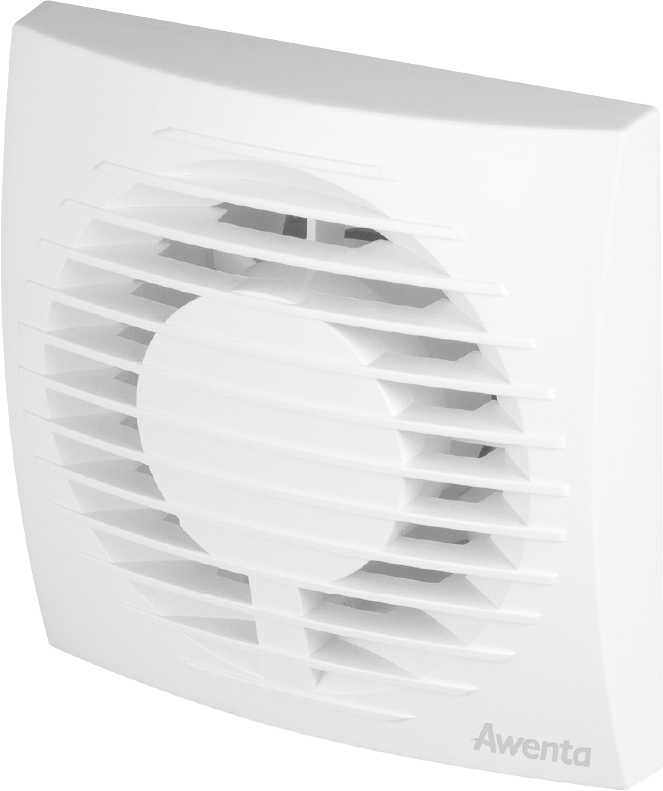 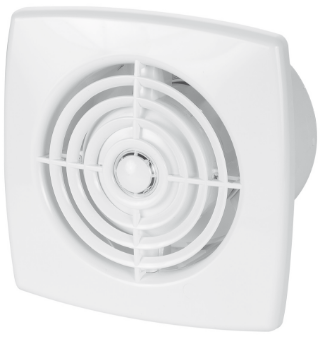 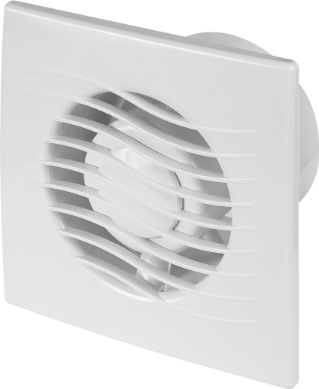 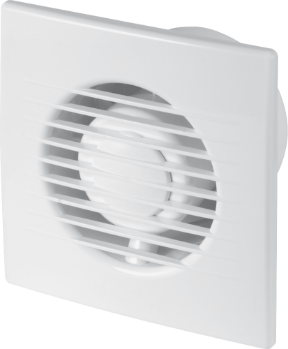 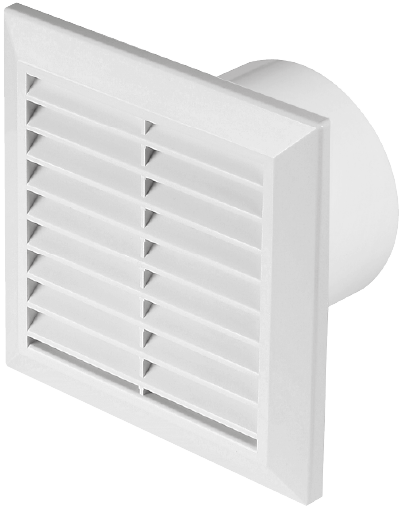 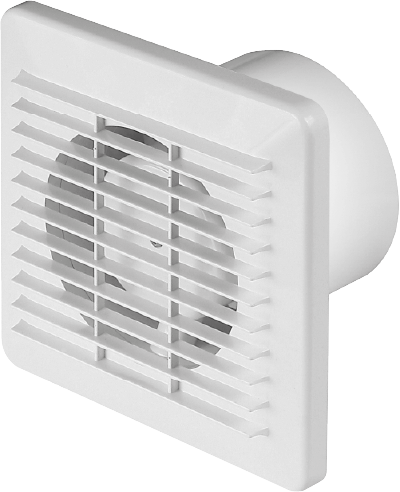 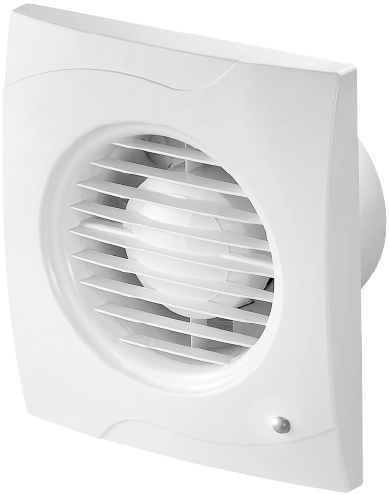 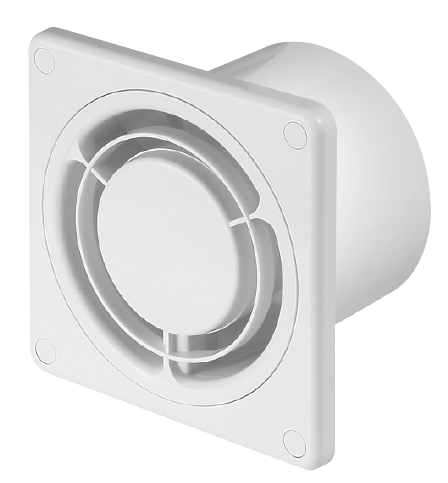 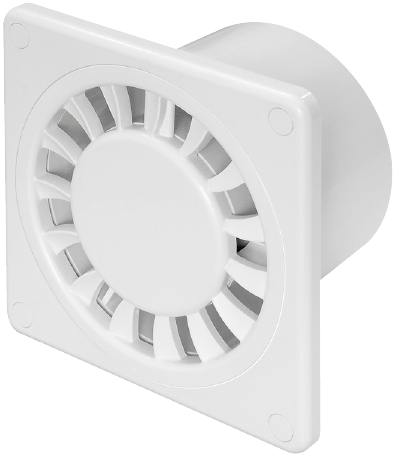 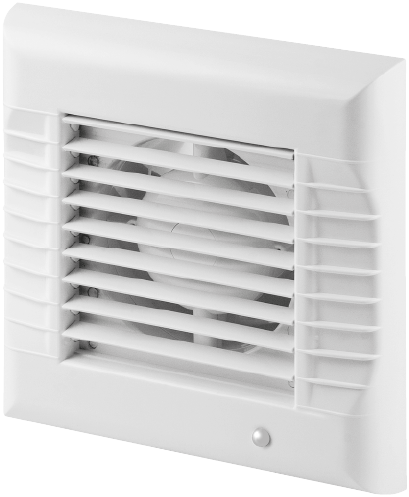